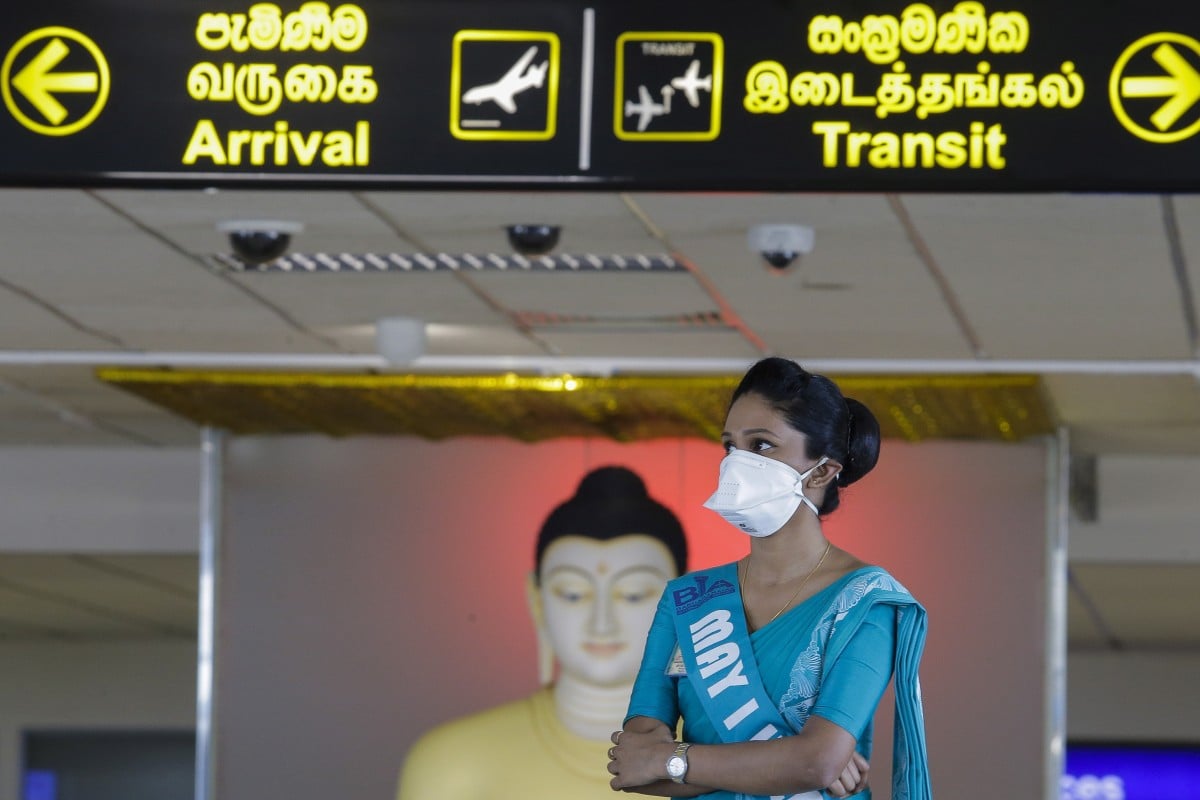 A worker at Bandaranaike International Airport in Colombo, Sri Lanka, wears a cloth mask to protect herself against the coronavirus on Friday. Photo: EPA-EFE

Nepal has reported its first case of the China coronavirus infection, the first in South Asia, according to Reuters and Agence France-Presse.

Nepal’s Ministry of Health and Population said on Friday that a Nepali student who had come home for the Lunar New Year holiday from studying in Wuhan, the epicentre of the outbreak, tested positive for the illness “after preliminary tests and final confirmation from the WHO Collaborating Centre in Hong Kong”.

The student, in his early 30s, arrived in Nepal on January 9. He went to Sukraraj Tropical and Infectious Disease Hospital in Kathmandu four days after running a fever and having breathing problems, Agence France-Presse reported.

The student was now being monitored and those who had been in close contact with him “are being searched, identified and tested” for infection, the statement said.